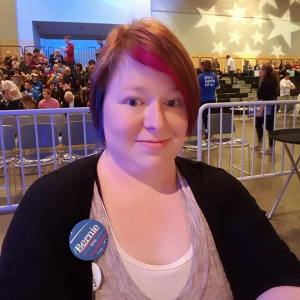 On 11 October 2009, I officially came out as a transgender woman.

I did speak to a couple of close friends about questioning my gender many times before 11 October 2009. However, I did not officially come out at that time.

Coming out as a transgender woman was the scariest and hardest tasks I have ever done. It was scarier than learning about my ultra-rare genetic disease called cystinosis. Coming out would determine how the world would see me, treat me, and talk about me. Coming out would make or break many friendships and relationships with my biological family.

Was I prepared? No. Who could be prepared to do this? I don’t think anyone ever could be.

I came out after years of introspective exploration, research, and prayer. I had not met anyone who was transgender. Furthermore, I knew that LGBTQIA+ people faced and continue to face more harassment, discrimination, and violence than the general population.

The one place I felt the most comfortable and safe to be myself at the time was at work at JCPenney. There for the first time, I was respected and valued, and I was able to express who I always was. I was able to begin to socially transition while working there.

The process of understanding that I was and continue to be transgender began many years ago.

The earliest memory I have of this process was when I was in the fourth grade. I thought that I must be gay because I did not act the way that other boys did and some of my classmates frequently called me gay. Additionally, this was the year that I considered that perhaps I was being punished for being different and that I was not a good enough Christian. I thought that if I were more faithful to God, prayed more, and became a better Christian that I would be cured, which I thought meant that I would become normal.

I felt like this until about my sophomore year in high school.

Understanding that I was and continue to be transgender took me through a great deal of prayer, asking God why, studying bible verses on being gay (homosexual), and learning what were the scientific (biological and psychological) theories on gender identity and sexual orientation formation. All of this led to more confusion and even more depression. My faith as a Lutheran in the Evangelical Church in America (ELCA) told me that being gay was unnatural and a sin while science was saying something else. (The ELCA now is welcoming and accepting of LGBTQIA+ people)

I was left to decide if I should disregard my Lutheran faith and to what it told me, that I was sick and a sinner.

For many years I had believed what my religion told me. Thus, I became extremely depressed and frequently wanted to die.

Several years later, I discovered that there was a movement within the Lutheran Church that accepted and welcomed LGBTQIA+ people. From them, I learned that there are multiple interpretations of the bible and thus began to accept who I was. This led to me testing the water by coming out as gay and/or bisexual.

Eventually, I moved to another town where there were openly lesbian, gay, and bisexual people at my high school and I finally had a place to openly express myself. While there I learned more about the LGBTQIA+ community and then I began speaking with my good friend Megan about my gender identity/expression. She became the very first person I told that I was indeed transgender, but I struggled still to find my name and authentic identity.

On 11 October 2009, I walked into the store manager’s office (JCPenney). I sat down and said, “I have something I need to say, I am transgender and from this day forward, I will go by Mika and female gender pronouns. I know that JCPenney has non-discrimination policies and I am going to begin my transition to becoming a woman.”

THAT was the scariest thing I had ever done. Nonetheless, that would not be the only time I came out as transgender. Because of society, I am forced many times a week to come out, whether I want to or not. I am outed every time I show my Iowa I.D., every time I go to a doctor’s office, hospital, and pharmacy (I visit medical professionals frequently, because of the cystinosis).

The above example is one of many moments of discrimination I have experienced. There are too many to count.

A decade later I am still facing many of the same struggles and fighting the same battles.

Over this decade, I have successfully socially transitioned as a female, legally and physically no. My name was legally updated. My gender has been updated for federal purposes, however not for the state of Iowa (it is difficult to explain -just that they want more legal documents).

I have over these years shared my story with many people and I hope educated a few people.

Unfortunately, I still live with serious depression and other mental health concerns. The depression was exacerbated in the last couple of years, which led to harmful and destructive behaviors. I felt so bad that I frequently did not have the will to continue to fight the daily battles to have my identity recognized and validated. I was exhausted from the daily battles to prove my gender and to be treated with respect and dignity. I was exhausted from fighting the battles of living with an ultra-rare genetic disease, being transgender in today’s society, being of low income, and a young adult. These daily struggles broke me. I attempted to cope by taking my own life. I wanted to be at peace. I wanted to rest. I could not see a future where I did not experience constant daily struggles and where I would be more normal.

Because I have not had the ability to have any gender affirmation surgical procedures I struggle to form the most basic human relationships – intimate relationships. My body does not fit my gender identity. I have immeasurable and indescribable self-hate. I hate that my body does not align with who I am and sometimes I would rather destroy my body because of how much it disgusts me than live. These feelings destroy my life and damage everything from my academic performance to my attempts at intimate relationships. Frequently, I also struggle to relate to people and complete daily tasks.

I know this entire post seems depressing. It is depressing because I have come far in my transition. Nevertheless, life as a transgender person is not easy, especially with society telling us our bodies do not fit their standards, which is a part of why we struggle with mental health concerns. Hence, the transgender day of visibility (TDOV) is vitally important to change the societal narrative that our bodies are gross, unnatural, and ugly.

We are not gross, unnatural, or ugly.

*This post was for TDOV however I was not able to publish it yesterday.*