Here’s the facts from the past 40 years via the Social Security Administration (SSA). SSA found that a typical employee, has the largest income gains between the ages of 25 and 35. However, the unemployment rate of 18 and 34 years old peaked at more than 13% in 2010 (doesn’t include underemployment or discouraged workers). While the average income increase for median earners fell to zero between the ages of 35 and 55. Finally, they found that incomes decline (“negative growth”) between ages 45 and 55.

During the recession, lower-wage industries constituted 22% of losses, but 44% recovery growth and higher-wage industries constituted 41% of recession losses, however only 30% of recovery growth, noted by the National Employment Law Project.  this caused an economic and perhaps even social crisis for young Americans are trying to enter or attempt to enter the workforce. Many of these young Americans are trying to get their first job to use their money to sustain themselves as they face the many challenges they have thrust upon them once they graduate high school. Many of them even use these jobs to help pay for their own education or to feed themselves while they are enrolled in college.

Now, they are not getting these jobs. Instead they are going to the people who before the recession were in middle-wage and higher-wage industries. These were people who had already made a life for themselves in many cases. Leading to young Americans with no avenue to work to start their lives to those who had good jobs now taking the jobs that use to go to young Americans just starting out.

Now, looking specifically at the jobs that were lost during the recession, Pew Research Center made some great points. the largest declines were in specialty trade contractors, construction 319, 800 jobs and local government, education 266,800 jobs. The largest gains have been in health care 1,481,400 jobs and food services and drinking places 1,385,400 jobs. Looking at these numbers you may notice that the second largest growing industry post-recession is also one of the industries that has the lowest pay and the least benefits for their employees.

Another striking statistic, is the total amount of student debt owed, $1.3 trillion. Even further, according to the National Center for Education Statistics, the average amount owed for each graduate has risen from less than $10,000 in 1993 to more than $30,000 in 2013. With the bottom 25% of households owing 58% of student debt and the top 10% owing only 3%, according to the Pew Research Center.

The new Congress is controlled by the Republican Party (GOP) and they could act on these issues and take meaningful actions. Instead, they seem to be focused on repealing Obamacare (ACA), rollback of immigration reform, and destroy agencies that protect the environment, consumers, workers, and taxpayers. 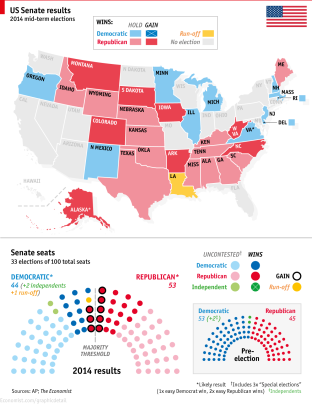 Specifically, on immigration the U.S. House took a vote of 236-191 on funding the Department of Homeland Security to February 27, until President Obama reverses his executive order on undocumented immigrants. The vote was poised at killing the President’s effort to enforce policies that limited deportations of people who aren’t criminals or serial immigration violators. One amendment to that bill even went as far as ending the Deferred Action for Childhood Arrivals (DACA) program. DACA stopped over 600,000 young undocumented immigrants from being deported and allowed them to work legally.

The plan includes supporting progressive legislators. Thus, people who disagree with the status quo should stand with U.S. Senators taking the lead on these policies such as Sen. Sherrod Brown, Sen. Jeff Merkly, Sen. Bernie Sanders, Sen. Elizabeth Warren. It also means standing with the Congressional Progressive Caucus in the U.S. House, who are driving the same ideas.

Fundamental change comes only when the oppressed make it impossible to sustain the old order. – Robert Borosage, Campaign for America’s Future

It’s time we realize that immigration isn’t a side issue, it’s a national priority.

It’s time we realize that women’s issues are not side issues but a national priority.

It’s time we realize that lesbian, gay, bisexual, transgender, queer, intersex, and asexual (LGBTQIA) rights are not side issues but a national priority.