In 1875, when the General German Workers’ Union (led by Ferdinand Lassalle) and the Social Democratic Workers’ Party (led by August Bebel and Wilhelm Liebknecht) merged, the two parties formed what we today know of as the Social Democratic Party of Germany (Sozialdemokratische Partei Deutschlands) (Conradt 2018). No one could have imagined the path forward the party and the newly unified Reich would take. The Social Democratic Party’s (SPD’s) survival all these years is particularly surprising given the history of Germany and the geopolitical region. I argue that the fall of the SPD can be directly credited to actions taken by the party and its inability to respond to the political currents of the nation.

Below, I first provide a brief historical sketch of the SPD. I then discuss the political currents of Germany leading to its actions that I believe has led to the fall of the party. Finally, I provide some possible corrections that may have led to the party’s revival. 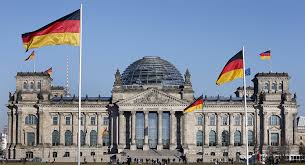 Shortly after the Social Democratic Party (SPD) formed, from 1878 to 1890, the party was officially outlawed. Despite being outlawed, the party became the largest party elected to the Reichstag (“Imperial Diet”) in 1912 (Conradt 2018). Nonetheless, their dominance did not last long because of the party’s action in 1914 supporting the war credits for World War I which led to an internal split in the party. The centrists formed the Independent Social Democratic Party while the leftists formed the Spartacus League, which in 1918 became the Communist Party of Germany (KDP) (Conradt 2018).

By 1933, the party held only 120 of the 647 seats in the Reichstag to the NSDAP (National Socialist German Workers’ Party/Nationalsozialistische Deutsche Arbeiterpartei) 288 and the Communists’ 81 (Conradt 2018). The NSDAP (Nazis) used their new power to elect Adolf Hitler chancellor of Germany and outlawed the SPD.

Following the fall of the Third Reich and of Hitler’s power in 1945, the SPD was revived. It became the only political party that survived both the years of the Weimar Republic and the atrocities of Hitler and the Third Reich.

Jumping ahead to the 1957 election the SPD initiated a reassessment of the party. Many voters were satisfied with West Germany’s membership in the North Atlantic Treaty Organization (NATO) and the European Economic Community (EEC). The party’s emphasis on reuniting the country with a more neutralist foreign policy did not reach many voters and was thrown out. Therefore, at the Bad Godesberg 1959 special party conference, the SPD ended its commitment to socialism and instead embraced the market economy. The party also endorsed the NATO alliance (Conradt 2018).

Finally, from 1961 to 1972 the SPD made great improvements in their vote share in the federal elections by increasing their vote from 36 to 46 percent (Conradt 2018). The party in 1966 entered a grand coalition (Gross Koalition/GroKo) with the Christian Democratic Union-Christian Social Union (CDU-CSU) or in German Christlich Demokratische Union-Christlich Sozial Union.

Later, from 1969 to 1982 the SPD formed a coalition with the Free Democratic Party (FDP) or in German Freie Demokratische Partei (Conradt 2018). But the coalition was doomed. Beginning in the late 1970s the coalition had to deal with the rise of the environmentalist Green Party (Grüne Partei) (Buck 2018). The final blow to the coalition that brought it down was in 1982 when Chancellor Schmidt indicated his support of the NATO plan to deploy Pershing II nuclear missiles on West German land. This was followed by the FDP ousting the SPD and the election of the CDU’s Helmut Kohl as chancellor (Conradt 2018).

Then came the fall of the Berlin Wall in 1989 and reunification in 1990. With it came a new political rival to the SPD, the former Socialist party of East Germany (German Democratic Republic (GDR) or in German Deutsche Demokratische Republik (DDR)). That party then morphed into Die Linke (the Left) and thus the SPD was attacked from the left (Buck 2018). The response from the SPD was to move to the center and adopt a more centrist agenda.

In 1998, the SPD under Gerhard Schröder was able to form a coalition with the Green Party. His platform included lower taxes and cuts in government spending. He was narrowly reelected in 2002 when thousands of SPD party members left in protest of the cuts to unemployment benefits and health care. This led to devasting parliamentary election results in 2009. The party won 23 percent and only won 146 of their previous 222 seats (Conradt 2018). 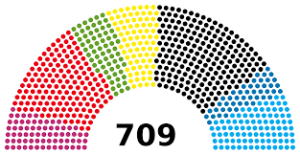 Therefore, I come to the most recent federal election in Germany, the election on 24 September 2017. In this election, the SPD lost more than 1.7 million votes (Buck 2018). The party’s vote share dropped to 20.5 percent, the worst result since the creation of the federal republic in 1949 (Buck 2018).

I believe that the SPD can be directly credited to actions taken by the party and its inability to properly respond to political currents that led to its fall. I believe the first mistake that led to this path was when the party leadership supported the NATO plan to deploy the Pershing II nuclear missiles in West Germany. The second was SPD Chancellor Gerhard Schröder’s centrist agenda including the Hartz IV programme. Hartz IV refers to a reform of welfare and unemployment regulations named after Peter Hartz. It includes deep cuts to unemployment benefits and made payment conditional on tighter rules for job search and acceptance (Buck 2018). And finally, I believe that the SPD has a youth problem. The party does not know how to include and lift up these voices, the next generation of voters.

First, I believe that the SPD should have listened and lifted up the concerns of the people in opposition to the NATO plan to deploy the Pershing II nuclear missiles. I believe that would have given the peace and environmental movements a place within the party instead of forming the Green party.

Second, which I believe was the SPD’s most harmful mistake was to adopt a centrist agenda including the Hartz IV programme. “The SPD has a leadership problem and a narrative problem,” said Andrea Römmele, a professor at Berlin’s Hertie School of Governance (Buck 2018). “The party has no story to tell the voters, and a story is what voters need.” Andrea is correct, the path to the center, I believe led to a loss of identity or an identity crisis for the party.

The SPD previously stood for, “all social and political equality,” lifting “exploitation in all its forms,” according to the Gotha programme (Buck 2018). The party called for no work on Sundays, universal suffrage, free and universal education and freedom of speech. But, now it seems to be about fighting to prop up the status quo, capitalism, and Chancellor Merkel.

Generation after generation the party fails to listen and lift up the voices of the youth, who are the next generation of voters. The party failed in the 70s-80s and in the early 2000s, and now again. The SPD youth wing was opposed to the plan by SPD leadership to form yet another GroKo with Merkel’s conservatives.

“For the first time in many years, we have a young generation where many sense that they will not automatically be able to live better than their parents. People on low salaries have seen their wages stagnate, or even fall. They can afford less than they could at the end of the 1990s. I don’t need to have a big macroeconomic debate with them: they know they do not belong to society’s winners,” said Kevin Kühnert, the chief of the SPD youth wing (Buck 2018).

The SPD must return to its core principles, the social welfare state; that the strong bear some responsibility for weaker members of society; and that everyone should have the same opportunity to fully participate in society (Mayr, et. al. 2018). I believe returning to these principles and reminding the voters of the many accomplishments of Social Democrats in shaping Western Europe will go a long way in bringing the party back.

Nevertheless, while returning to their core principles, I believe the SPD must do more to actively engage young people. I believe the party cannot do that without recognizing that it is the policies of centrism and Merkel’s conservatives that have led to young people, minorities, and union members being left behind. According to a poll by Civey for Spiegel Online, only about 13 percent of the 18 to 29-year-olds would vote for the SPD (Hagen 2018).

That same age group just under 28 percent would instead vote for the Greens, with the CDU/CSU in second place (Hagen 2018). Therefore, in a snap election, it is the Greens that could overtake the SPD as Germany’s largest left-wing force (Weise 2018).

If the SPD continues its current course, it may be the Greens turn to be the party of the youth and of the future. “The Greens got their ideas on digitization and infrastructure across very well,” said Svea Windwehr, a 26-year-old student from Munich (Weise 2018). Svea goes on to say, “Those are topics I care about, but that alone wouldn’t have been enough to vote for them [the Greens]. It was also a vote against the SPD, because of what went on in government (Weise 2018).”

In 2000, Social Democratic Parties were part of the government in 10 out of the 15 countries that made up the European Union (EU) at that time (Mayr, et. al. 2017). Currently, Social Democratic Parties are part of the government in 7 of the current 28 EU member states. Those states include Germany, Malta, Portugal, Romania, Sweden, Slovakia, and the Czech Republic (Mayr, et. al. 2017). However, if the SPD in Germany is unable to win back voters from Die Linke and Die Grüne, I believe the SPD will become a splinter party.

This paper illustrates a brief historical sketch of the SPD and Germany, illuminated by the impact of some key events and actions taken by SPD leadership, that I believe directly led to the fall of the party. In this paper, I have provided possible course corrections that may have changed the path that the SPD took to get where they are today with its lowest showing in the Bundestag (German Parliament).