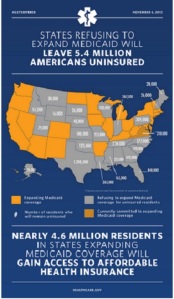 Because of the healthcare law, up to 105 million Americans can’t be subject to lifetime caps. And up to 17 million children with pre-existing conditions can’t be denied coverage or charged more. Specifically, in Iowa the healthcare law has allowed over 800,000 Iowans to receive at least one preventive service at no out of pocket cost. (WhiteHouse)

As I continue to report, I have Cystinosis and because of living with this terminal illness I visit lots of doctors and hospitals. Thus, I rack up tons of medical bills. I also recently, had a living donor kidney transplant at the University of Iowa Hospitals and Clinics. However, thanks to the Affordable Care Act (Obamacare) insurance companies cannot deny me coverage because of my pre-existing illness and they cannot deny me coverage because of a lifetime cap. In addition, because of the healthcare law my premiums and co-pays are lower and preventive services such as flu shots were free of charge. 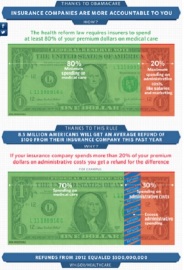 Obamacare is working and is saving lives. The Republicans and conservatives don’t want you to know this because they don’t want to admit that they are wrong and their plans will only hurt the American people but vastly benefit corporations and their CEOs.

I recommend that if you don’t have health insurance or you do but the plan is too costly, then go to the health insurance Marketplace at www.HealthCare.gov and sign up. If you qualify for subsidies or Medicaid it will help you get those.