On December 31, 2016, I lost my health insurance. Ever since June of 2016, I have been fighting with the Social Security Administration to appeal their decision that I am no longer medically disabled.

Losing the insurance has led to me being unable to get several of my medications, which led to my depression worsening. The depression progressed to the point where on January 20, 2017, I attempted suicide. I took a couple extra of two of my medications then realized shortly after what I was doing and understood that the thoughts I was experiencing were not healthy, and I would be letting someone else win. Therefore, I went to the Emergency Department at the University Hospital.

At the hospital, I was evaluated and observed for several hours. They were not able to prescribe new anti-depressants to see a psychologist. Thus, they set up an appointment, and I went on my way.

The depression did not just go away. The following Sunday, I went to the National Institutes of Health in Maryland.

At the NIH, my depression was made worse because the NIH had not updated their records and still had me listed by my old name. And at the security gate, they printed my pass with that old name, and I had to explain that yes that was me.

Furthermore, when I signed in at the clinic, I had to sign in using the old name. When the nurse called, me she called me “Mr. Covington.” I was humiliated as I walked up to the nurse and she told me that no she was looking for a “Mr. Covington” and that she wanted to know where “he” was.

I was forced to stand there in the lobby and try to inform her that I was indeed the patient. She just stood there looking me up and down before she had me follow her to a room where she became defensive while asking me to show her my ID, which of course said Mika Jayne which is the legal name. This led to more questions and a terrible attitude from the nurse.

Throughout my time at the NIH I was called by male pronouns even after I asked them to call me by female pronouns. Some even went out of their way to be loud when talking to me about why the system still has the old name.

Therefore, my depression and gender dysphoria were made even worse, and while I was there, I had suicidal thoughts again.

I previously loved going out to the NIH. I loved flying and going to a beautiful city. This time I was feeling angry and even hurt throughout most of the visit. This led to an emotional breakdown at the final appointment with the whole team and the nurse I had been seeing since I was an infant. 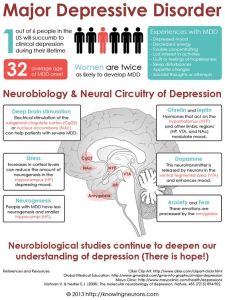 Recently, I have been seen by a psychologist who diagnosed me with major depressive disorder (MDD). According to the Diagnostic and Statistical Manual of Mental Disorders (DSM-V), MDD presents with depressed mood or a loss of interest or pleasure in daily activities for more than two weeks and impaired function in social, occupational, and educational activities. Additionally, MDD is a significant mental health condition that can affect every aspect of life.

I am not proud of my suicidal actions, but I know that mental health care is important and I know that it is not easy to just deal with it without help. My advice is to seek help and if you are having suicidal thoughts go to the nearest Emergency Department. You can also call the National Suicide Prevention Hotline at 1-800-273-8255 or call the Trevor Project at 1-866-488-7386.

Do you want to help fight for mental health care? Then, here are some ways to help out. Call your U.S. Representative and Senators to tell them you support the Affordable Care Act (ACA).

Currently, the Trump administration and Congressional Republicans want to repeal the healthcare law. Keeping the ACA is important for mental health and substance abuse treatment as one of 10 “essential benefits” that health plans must include. It also included a ban on excluding people with pre-existing conditions.

Speak out, call and write your Reps and Senators tell them to support health care.

I really liked this video and how depression feels, it is not PG.

One thought on “Depression”