I am proud to be a progressive Democrat and I support the “Progressive Democrats of America (PDA).” PDA was founded in 2004 to seek to build a party and government controlled by citizens, not corporate elites-with policies that serve the public interest, not just private interests (www.pdamerica.org)

“As the second-longest-serving Democrat in the House of Representatives, I know what I am talking about when I say that no one has worked harder on the issues protecting Social Security, fighting for a full employment economy and national health care both inside and outside the Democratic Party, than PDA.” – Representative John Conyers

Progressive Democrats of America (PDA) and their allies have shuck up the political status-quo on issues ranging from the Iraq War, voter rights, protecting Social Security, a full employment economy, national healthcare and economic justice.

PDA stands in line with many if not all of the same positions I hold. For instance, stopping global warming, providing healthcare for all, fighting for human rights and economic justice.

Specifically, PDA supports, H.R. 676 – the Expanded and Improved Medicare for All Act, which was originally sponsored by Rep. John Conyers and co-authored by Rep. Dennis Kucinich. The bill would provide a national healthcare plan that would supplant the deficiencies of the Affordable Care Act (ACA).

“The global evidence is very clear: single-payer financing systems are the most equitable and cost-effective way to assure that everyone, without exception, gets high-quality care,” said Dr. Robert Zarr, president of Physicians for a National Health Program, a nonprofit research and educational group of 19,000 doctors nationwide. (PNHP)

PDA supports, H.R. 3242 – the Save Our Climate Act. The bill would provide a fee levied on the carbon content of fossil fuels at the first point of sale.

PDA supports, “The Inclusive Prosperity Act,” the Robin Hood Tax. The bill would impose a tax on the trading of stocks, bonds, derivatives and currency – essentially a sales tax on Wall Street trades. 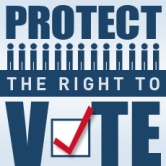 Supporting the PDA, does not mean that I am endorsing any candidate that the PDA may endorse. It just means that I support the ideals of the PDA and many of the issues they are working on.

You can also add your support and join the PDA here: www.pdamerica.org