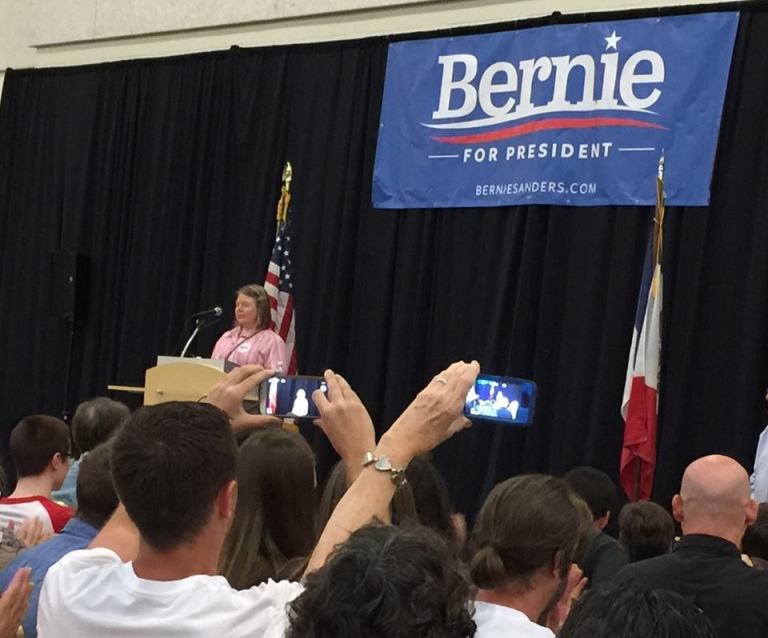 Wow, this past two years have been packed full of events that I never thought I would experience. Some of those events include speaking with and introducing Senator Bernie Sanders, being elected Affirmative Action Chair for the Pottawattaime County Democrats, being sent to Colorado to work for the Bernie campaign, and completing my studies at Iowa Western Community College. This is just to name a few.

As the Affirmative Action Chair, I served on the Pottawattamie County Democrats Executive Committee where I served as the AA Chair from February 2014 to October 2015.

As the AA Chair, I organized the first Affirmative Action Committee in Pottawattamie county for the county Democrats. We worked to ensure that our county Party was following the Iowa Democratic Party’s rules and regulations on the Americans with Disabilities Act of 1990 and their diversity requirements. This included organizing our involvement in several Pottawattamie County events such as Celebrate Council Bluffs and Heartland Pride LGTQIA+ Pride Parade and Festival. In addition, I assisted in ensuring that the Pottawattamie County 2016 caucus locations were ADA accessible to the best of our abilities and we worked to bring those who historically felt unwelcome back into the Party.

Recently, I was a field organizer with the Bernie 2016 campaign. In that position I recruited, managed, and trained volunteers, and I built and managed several volunteer canvass (knocking on doors) and phone bank events. While on the campaign I was sent to Kansas to help organize their District Conventions. I was also sent to Colorado to assist with organizing for their State Convention. While I was there, I called to invite people, organized carpools, and at the convention I helped in several ways including monitoring the ballots and observing the counting of the ballots. I was with the campaign from March to May of this year.

This week I finished my last classes at Iowa Western Community College. I do not have the official Associates Degree in psychology because IWCC claims that I need to take two additional classes. However, I have been accepted to go to the University of Iowa this fall to work on my Bachelors of Science in psychology. Therefore, I will be moving to Iowa City in August.